Belkin is recalling the Boost Charge Portable Wireless Charger + Stand Special Edition (WIZ003) sold in Apple retail stores and online through Apple and Belkin due to fire and shock hazards, according to the U.S. Consumer Product Safety Commission (via The Verge). 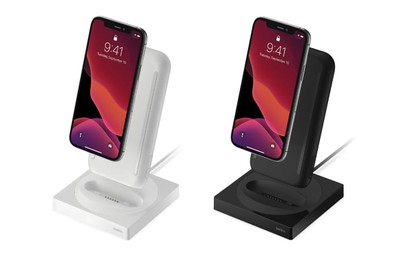 A manufacturing defect with the power supply unit can cause the charger to malfunction and overheat, leading to a fire risk. Belkin says that no injuries or property damage have been reported, and no other wireless chargers are affected by the recall.

Belkin is offering a full refund to all customers who purchased the charger, and recommends that customers who own the charger stop using it immediately and contact the company for further instructions.

The Boost Charge Portable Wireless Charger + Stand Special Edition was sold by Apple and Belkin from July 2020 through October 2020, and it was priced at $80. It features a removable 10,000mAh power bank that can be charged at the same time as an iPhone.